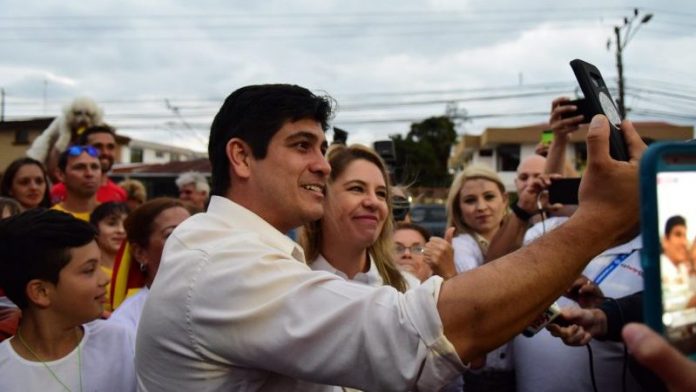 Costa Rica aims to slash the use of fossil fuels in transport, buildings and heavy industry and adopt the most advanced technologies available for farming and food, as part of a broad strategy for becoming a “green, emission-free” economy.

The strategy, presented by president Carlos Alvarado Quesada on Sunday evening, lays out 10 focus areas across economic sectors. Achieving these plans, it says, will require changes such as green tax reforms, digitalisation, a new approach to foreign direct investment and greater transparency and education.

“Costa Rica knows that decarbonization is the great task of our generation, and we want to be the first country in the world to achieve it. We are putting decarbonization at the heart of our national development, public investment and long term strategic plan,” said Alvarado Quesada.

It is not the first time Costa Rica has announced bold climate ambition: previous administrations promised to go carbon neutral by 2021. Two years out, while its electricity is 95% renewable – mostly hydropowered – cars still belch diesel fumes and industry is little changed.

Costa Rican former UN climate chief Christiana Figueres called it “an excellent example for the rest of the world to follow”.

Electricity is to become the main source of energy for transport, residential, commercial and industrial sectors by 2050, drawn from a fully renewable grid from 2030.

In transport, the government wants 60% of all light vehicles on the road to be zero-emission by 2050, and all new sales. A quarter of the fleet should be electric by 2035. It also aims to reduce emissions from freight transport by 20% by 2050, compared to 2018.

All new buildings should be designed and built for low emissions by 2030, while the energy-intensive industrial sector should decouple its growth from its pollution by 2050.

The government also aims to have solutions to collect, separate, reuse and dispose of all waste by 2050, and will put out a strategy on technological options for reducing methane from waste by 2022.

For agriculture and land use, Costa Rica plans to pick up the most advanced technologies and methods for producing food and managing livestock. It also aims to increase its forest cover from 52% to 60% and expand green areas in cities.

Costa Rica is one of the few developing countries to have submitted an absolute and unconditional target for cutting emissions by 2030 under the Paris climate agreement, according to Climate Action Tracker. It aims to keep net emissions below 9.37 million tonnes of CO2 equivalent by 2030, which would amount to a 25% reduction from 2012 levels.

Alvarado Queseda promised when he was elected last April to phase petrol and diesel out of the country’s transport system and promote clean fuels.

Costa Rica will host this year’s pre-Cop meeting of ministers to prepare for the UN’s Cop25 climate summit in Chile.