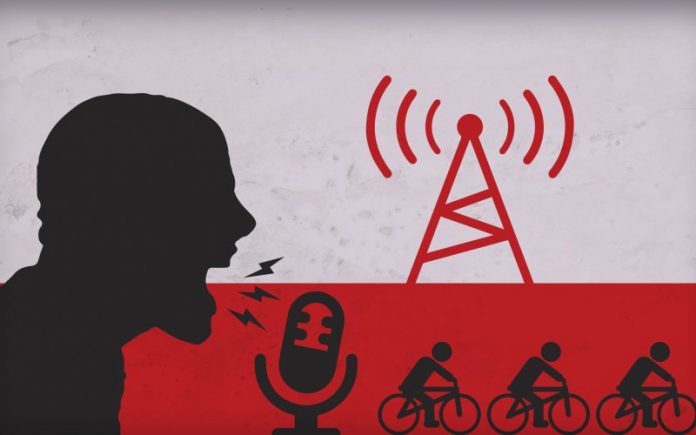 Who would not want to ban ‘hate speech’, right? After all, at some point most people have heard something that makes them want to see gags placed on offensive speech. But bear with me for the length of this piece — for by the end of it, I hope to make you slightly more reluctant to call for bans on hate speech.

Our Federal Minister for Information and Broadcasting wants to convince us that social media needs a special kind of regulation — and since hate speech is a big problem, it should be banned and prosecuted. Start by admitting the obvious: social media does pose a different challenge to regulators and law enforcement agencies. But simply because a platform may call for a different regulatory response cannot, indeed should not, become a justification for citizens being asked to cede disproportionate power to the state to control speech. Regulation can take many forms — it need not be driven by the state alone and need not have criminal prosecution as its driving force.

There are serious dangers in encouraging or being silent as speech is controlled.

The logic behind a state’s push to gag more speech is always compelling: it asks people to imagine the clearest instances of offensive speech by those pushing an evil agenda. The information minister said no one will be allowed to threaten taking each other’s lives. That is good advertising but bad lawyering. Threatening to take someone’s life on social media is not hate speech, it is (off the top of my head) criminal intimidation. But let’s stay with the example. The minister said, no one will be allowed to air any sort of extremist views. That view is dangerous and definitely the kind of extremism he should avoid. Here is the problem with this line of argument. In this imaginary land, there are no abuses of power or use of the same powers to censor speech that is inconvenient to those in power.

But come back to the real world: what we say and how it is interpreted is much murkier. Therefore, we should be most reluctant to celebrate handing over power to the government to decide what is hateful and merits criminal prosecution.

Those who call for bans on hate speech often point to promises of human dignity and equal treatment which a state must uphold. This much is fine. But when you dig a little deeper, serious problems emerge.

First, there is the problem of definition. What exactly is hate speech? A generic definition might suggest that hate speech means incitement of hatred against groups based on their race, religion, ethnicity, orientation (political, sexual etc). While the law in theory is designed to protect emotional harm to dignity of groups, it can kick into action based on what individuals experience in an infinitely wide variety of contexts. For instance, there is no doubt that a family will be traumatised if they are heckled at to ‘go back’ to their country or dubbed ‘terrorists’. And, believe me, like many others I have faced racial abuse (in UK) so I know the effect is traumatising.

But is criminalising such speech the solution? Or is it a better solution to ensure that marginalised groups can also push back against hateful propaganda? As per the second option, the solution to hate speech is more speech — not less speech or banning it.

USA remains a stand-out example that believes in the power of more speech to counter hate speech. Most liberal democracies in the world ban or criminalise some speech by calling it hate speech — but till now USA has resisted this. ‘Hate’ is a vague term so it can be, indeed often is, used to stifle passionate arguments that define political opposition and debate.

One of our own laws, Prevention of Electronic Crimes Act 2016 (PECA), criminalises hate speech on social media — it says ‘whoever prepares or disseminates information through any information system or device that advances or is likely to advance interfaith, sectarian or racial hatred’ is punishable with imprisonment or fine or both. And a person can be imprisoned for up to seven (yes, I said seven) years.

How do we define this hatred? Is political speech hateful if it suggests that immigrants from a certain background should not be part of the workforce? And even if it is hateful, should that be criminalised? Imagine a citizen in Pakistan saying that constitutionally recognised Muslims are silent spectators to persecution and are selfish beneficiaries of an entrenched scheme of discrimination. Read that again. Is that call for political change or hate speech? Should someone saying that go to prison for that? If so, where do we draw the line?

Imagine a heated political debate in which you call another political party’s election rhetoric ‘bigoted’ (it could be related to ethnic or religion-based politics) or a situation where you genuinely feel an administration’s policy measures are ‘dictatorial’. The possibility that our state will happily start policing our language on social media is not remote. And I do not mean to suggest that this does not already happen. Governments in multiple contexts tell us what we can or cannot say — this extends from defamation to advertising to copyright. But citizens should not quietly cede more power in this arena. The state must build consensus before pushing through potentially draconian measures.

At a public event not too far in the past, a citizen asked Fawad Chaudhry to define hate speech — and the citizen in the same breath also alleged that PTI is a fascist party. In a telling acting out of the horrors of censorship, the minister (even if as a joke but to make a point in front of a wildly cheering audience) said to the questioner that her calling his party fascist is precisely what is hate speech. People cheered — and don’t be surprised.

Most people may love the idea of being shielded from offensive speech. But they often do not realise the gags it will place upon their own words. And offensive speech is part and parcel of everyday existence. The right to use it and to ask difficult questions of those in power is what makes citizenship precious. The definition of hate speech, if a state wants, can be stretched to gag such passionate questioning and even political name-calling. That will be tragic. Will calling an entire generation of politicians corrupt then also fall under the rubric of hate speech? What about saying that your political opponents compromised national interest, aggravated poverty and caused preventable deaths by ignoring healthcare?

Sanitising political discourse may be appealing but it should not be done by placing more power at the feet of a state that leaves a lot to be desired when it comes to upholding basic rights of citizens. We must debate the idea that the solution to hate speech is to encourage more speech. There is ample literature about how many states with hate speech laws have used it to stifle political opposition.

Ronald Dworkin, an American scholar, makes another powerful point about why banning hate speech undermines our power as citizens. He argues that, as citizens, each one of us is entitled to ethical independence. You as a citizen cannot be forced by the state to think that all your fellow citizens, regardless of their political beliefs or actions, are entitled to freedom from being offended.

There are laws that will prevent discrimination and actual harm — but in political speech you, as per Dworkin, should not be forced to respect the state’s ethic that no one should be offended. That is a powerful argument; it allows us to make clear our pleasure and displeasure in the public arena. It also encourages those in opposition to challenge our arguments in the marketplace of ideas.

Banning hate speech also pushes discourse out of public eye. It does not mean it goes away but it means that public platforms are poorer for lack of perspectives — and this includes provocative ones. This means that mainstream political discourse may appear to be sanitised but the actual polity may well be rotting because of lack of avenues for speech to counter hate speech. Once you criminalise speech, there is no engagement with it. Criminal prosecution becomes the standard response and this prevents people from going near the subject — since the signal from the state is clear: best to bite your tongue. Handcuffs and speech gags never made a society more free, tolerant or progressive.

None of the above is meant to suggest that banning clearly identified and extreme forms of hate speech (albeit in itself a tricky exercise) is not possible. Jeremy Waldron in his brilliant book, The Harm in Hate Speech and in his debates with Dworkin makes some powerful arguments for banning hate speech. Citizens are better off knowing both sides of the argument before taking a position.

But ultimately it has to come down to context. The state should have to make a very strong case before citizens cede the power for more speech to be criminalised. Also remember that no state stops at criminalising only the worst instances of hate speech. It, for reasons strategic and political, draws up laws to increase coercive powers. Once this ground is ceded, there is little to stop the slide.

FIA or law enforcement agencies are not the only stakeholder. The information minister must engage with bar associations, human rights organisations, civil society, political parties, print and electronic media, etc, before arriving at a decision that banning hate speech as per his formula is the way to go.

Next time you see hate speech in any context, ask yourself this: what would you rather have? The ability to get together with like-minded citizens and pushback to hate filled narratives or having the state step in, arrest people and shut down that discourse forever? If you believe in individual liberty, and human dignity, the answer is not as simple as the information minister would have us believe.