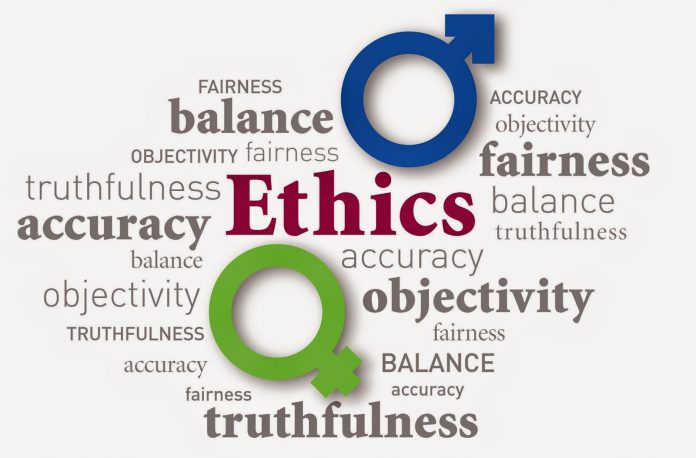 This is the right time that media owners, editors, practitioners and professional journalists should pay due attention to the issue and prepare a comprehensive code.

Media is regarded as eyes and ears of a society which not only serves as a watchdog but also provides credible information regarding important and newsworthy national and international events to enrich and strengthen the social fabric. Thus the significant information through media plays a role of oxygen in social structure. If people do not know precisely what is happening around, they cannot become active citizens and play their meaningful part in the affairs of the country. It is hard to imagine of having real democracy or good governance without informed citizens. In any democratic dispensation, public opinion is required to develop freely and independently and journalists have a special responsibility in this regards. Mass media being an educator, informer, reformer, guide and a trend-setter is more accountable. Hence it should follow ethics strictly.
Ethics is a branch of philosophy and its purpose is to describe moral sentiment as well as to establish norms for good and fair behaviour. Boundaries of ethics are drawn in different dimensions in different societies. In Pakistan, the ethical dimensions are partly similar to those of other countries having different demographic, religious and social backgrounds. Media ethics kept the journalism and cultural industries with the responsibility to perform for the betterment of society.
Until 2002, the only television channels that operated in Pakistan were the state-run PTV and a couple of its specialized news and entertainment subsidiaries. Media in Pakistan purposely followed the ethical lines to disseminate the credible information.
which caused to the gradual rise in the maturity in the attitude of the people towards politics and the social responsibility. However, the last decade has witnessed a great shift in the media policy of the government due to opening of a lot of private television channels. In line with the global trends, the government also introduced the new media technologies in the country resulting in a rapid growth of broadcast media in Pakistan.
With the passage of time it has become diverse and touching the topics which once were considered forbidden for public consumption.

But in the same vein, media in Pakistan has become an industry in the real sense of the word and is following its own agenda. With the opening up of the media industry, the unrestrained news channels are involved in a mad race of breaking news syndrome in order to gain the audience and popularity instead of delivering correct information to viewers. Today, prominent news channels are broadcasting uncensored violence, crime stories, live coverage of terrorist attacks while compromising media ethics.

Commercial interest of media to generate revenue never let it to observe public service message time. News channels dramatize the event to make them saleable which is against media ethics. The TV anchors are losing their credibility as they are found biased and manipulate the issue most of the time, serving their owners or other specific stakeholders for petty gains. This practice is against the norms of journalism.

Sensitive issues regarding gender are highlighted in a vulgar way. Yellow journalism and inappropriate division of time for coverage of news event and personalities through broadcast media raised the question about media ethics. Issues that are more important for society and have to be dealt with the masses such as non-availability of potable water, loadshedding, public health, infrastructure, wages, poverty, unemployment, etc. are not pursued by the media properly to a point where a solution is eventually reached.

In November 2009, a Gallup Pakistan poll found that almost one-third of all Pakistanis (31 per cent) blame media for political instability in Pakistan. These findings have two important implications: first, media are creating confusion and chaos by distracting the public from the real issues; and second, by discrediting themselves with unconfirmed reports, members of media are undermining their own profession and ultimately freedom of press.

At such stage it is very vital to prioritize the socio political health of the public through credible and newsworthy information and positive entertainment. We need to develop a code of ethics for the media so that it could serve as a watchdog in the society besides helping public form opinion about national and international issues through provision of authentic and verifiable debates.
The government always formulates a code of ethics through which it can control the media in its own favour. Press Council Ordinance and the PEMRA rules and regulations are obtrusive examples.
Similarly the code of ethics drafted by the owners and broadcasters unnecessarily defends their rights. The working journalists are not giving any importance and the audience rights not secured. All the abovementioned issues can be resolved through a code of ethics based on a broadest possible consensus among all stakeholders. This is the right time that media owners, editors, practitioners and professional journalists should pay due attention to the issue and prepare a comprehensive code. This code should be acceptable for all parties including audience. Further Pakistan’s media community should adopt the international practice of defining standards that it shall always strive to attain.
The Pakistan Federal Union of Journalists (PFUJ) has drafted a code of ethics for Pakistani media which is based upon the belief that fair, balanced and independent journalism is essential for good governance, effective public administration and the capacity of people in Pakistan to achieve genuine democracy and peace. The code recognizes that the creation of a tolerant, peaceful and just society depends upon the freedom of citizens to have access to responsible journalism through media that respect principles of pluralism and diversity.

For this code to be effective, journalism and media policy in Pakistan must be guided by the following principles:

That media, whatever the mode of dissemination, are independent, tolerant and reflect diversity of opinion enabling full democratic exchange within and among all communities, whether based on geography, ethnic origins, religious belief or language;
That laws defend and protect the rights of journalists and the rights of all citizens to freedom of information and the right to know;
That there is respect for decent working and professional conditions, through legally enforceable employment rights and appropriate regulations that guarantee editorial independence and recognition of the profession of journalism;
That there is credible and effective peer accountability through self-regulation by journalists and media professionals that will promote editorial independence and high standards of accuracy, reliability, and quality in media.

Media stakeholders in Pakistan collectively need to reassess the role of media in society and come up with a collective will for compliance on the code of conduct for journalists of the print and electronic media. Such measures will not only bring a positive change in Pakistani society but will also strengthen media itself and bring more institutional credibility.

The infancy period of Pakistani media is almost over and senior journalists, concerned government officials and society as a whole should play their part in making media more vibrant and torch-bearer of truthfulness while keeping in the societal norms and traditions.