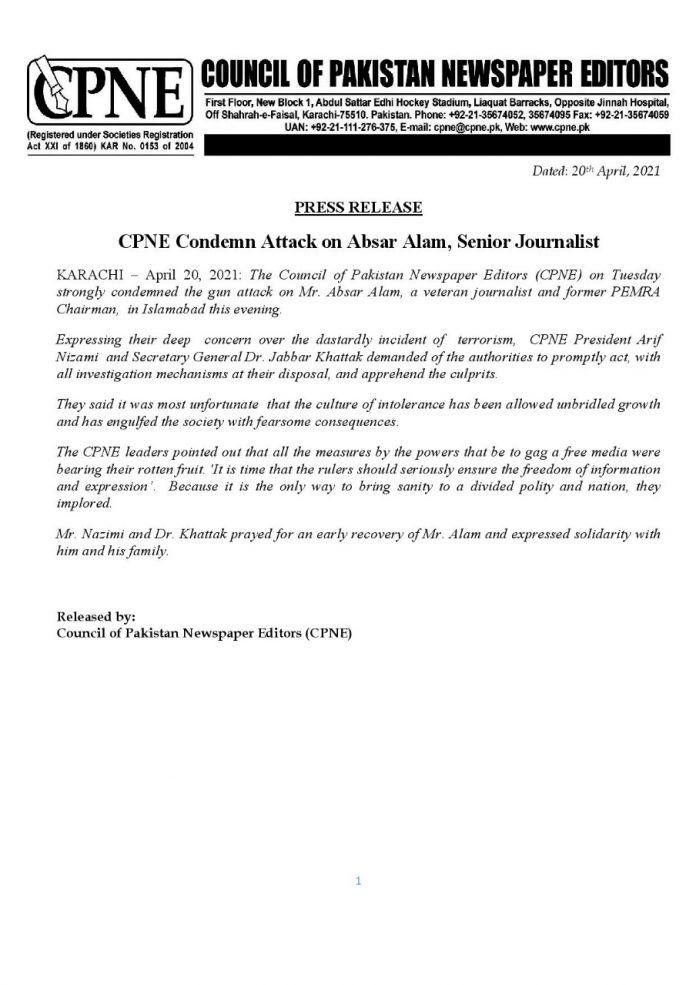 Expressing their deep concern over the dastardly incident terrorism, CPNE President Arif Nizami and Secretary General Dr Jabbar Khattak demanded of the authorities to promptly act, with all investigation mechanisms at their disposal, and apprehend the culprits.

They said it was most unfortunate that the culture of intolerance has been allowed unbridled growth and has engulfed the society with fearsome consequences.

The CPNE pointed out that all the measures by the powers that be to gag a free media were bearing their rotten fruit. ‘It is time that the rulers should seriously ensure the freedom of information and expression. Because it is the only way to bring sanity to a divided polity and nation, they implored.

Mr. Nazimi and Dr. Khattak prayed for early recovery of Mr. Alam and expressed solidarity with him and his family.