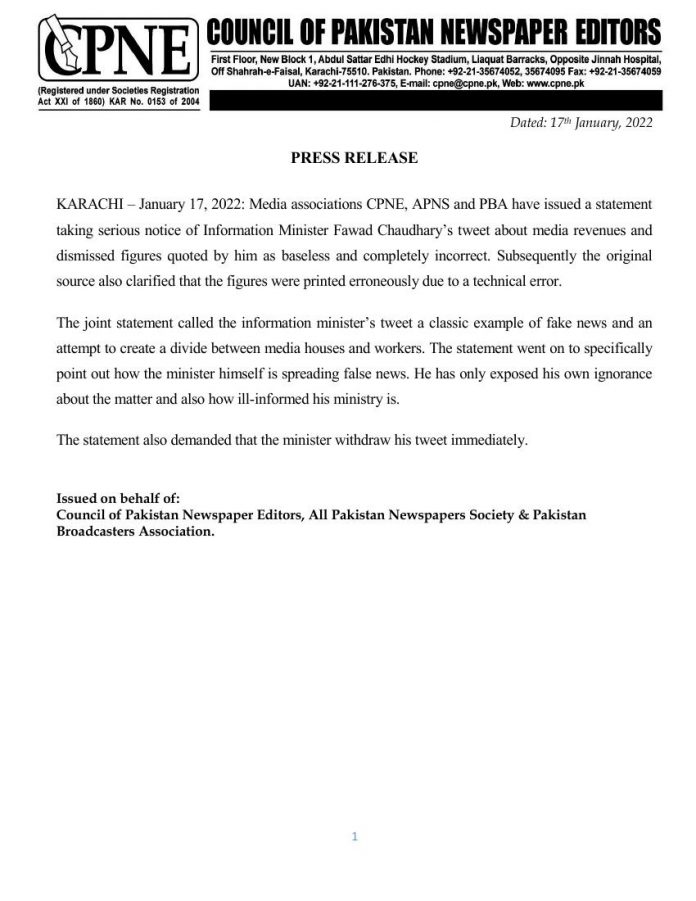 KARACHI – January 17, 2022: Media associations CPNE, APNS and PBA have issued a statement taking serious notice of Information Minister Fawad Chaudhary’s tweet about media revenues and dismissed figures quoted by him as baseless and completely incorrect. Subsequently the original source also clarified that the figures were printed erroneously due to a technical error.

The joint statement called the information minister’s tweet a classic example of fake news and an attempt to create a divide between media houses and workers. The statement went on to specifically point out how the minister himself is spreading false news. He has only exposed his own ignorance about the matter and also how ill-informed his ministry is.

The statement also demanded that the minister withdraw his tweet immediately.