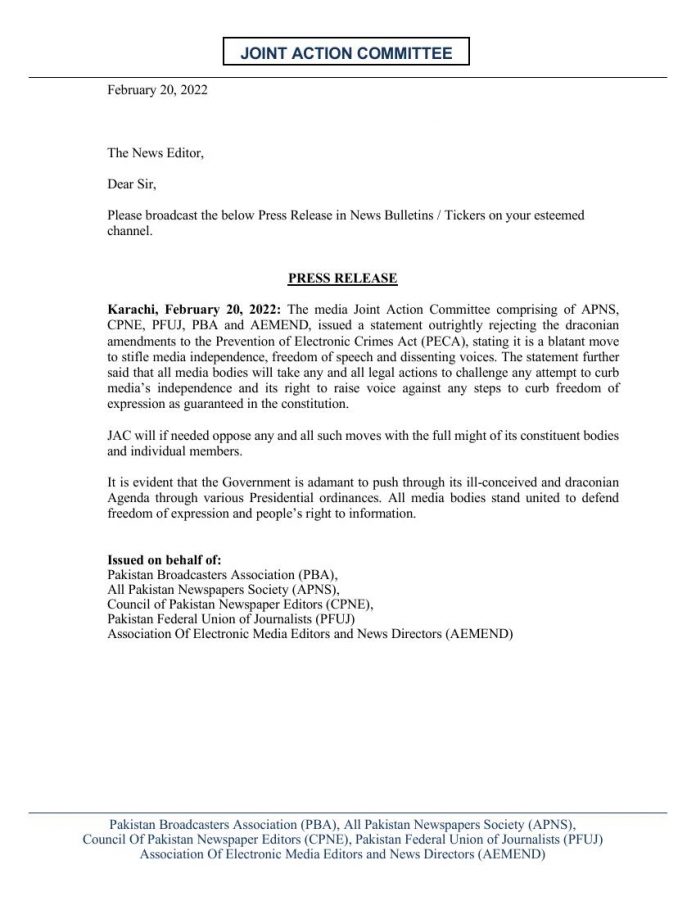 KARACHI – February 20, 2022: The media Joint Action Committee comprising of APNS, CPNE, PBA, PFUJ, and AEMEND, issued a statement out rightly rejecting the draconian amendments to the Prevention of Electronic Crimes Act (PECA), stating it is a blatant move to stifle media independence, freedom of speech and dissenting voices. The statement further said that all media bodies will take any and all legal actions to challenge any attempt to curb media’s independence and its right to raise voice against any steps to curb freedom of expression as guaranteed in the constitution.

JAC will if needed oppose any and all such moves with the full might of its constituent bodies and individual members.

It is evident that the Government is adamant to push through its ill-conceived and draconian Agenda through various Presidential ordinances. All media bodies stand united to defend freedom of expression and people’s right to Information.